URUSHI is a Japanese word meaning lacquer. It is a natural resin paint made by sap collected from lacquer trees, and has high adhesiveness, water resistance, rust resistance, and beautiful appearance. Because of these advantages, URUSHI is used for tableware, high-end furniture, walls, floors, musical instruments, etc. Typical examples are Japanese traditional crafts such as Wajima-nuri, Tsugaru-nuri, and Joboji-nuri. In recent years, it has been applied to various fields such as car exteriors and smartphone cases. In addition, lacquer has a high antibacterial action, and its effect has been scientifically proven

Iwate prefecture in Japan is a production area of both Joewell scissors and URUSHI. Iwate produces more than 70% of URUSHI, and has highest production share in Japan. Joboji is a place that produces all of URUSHI in Iwate, and it has long been known as a production area. Joboji URUSHI has used for restoration of national treasures such as “The Chuson-ji Temple Konjiki-do”, “Kinkaku-ji Temple”, etc.

In recent years, 98% of URUSHI used in Japan is produced in China, and Japanese URUSHI is used only 2% in the market. Tradition of Japanese URUSHI has a long history more than 9,000 years but now it is a candle flickering in the wind. With desire to revive Japanese URUSHI industry and find new possibility of URUSHI, we have started this project by collaborating with a brand “Hokoan” of Joboji Urushi Workshop Company. Through URUSHI and scissors, we will promote Japanese craftsmanship from Iwate to all over the world. 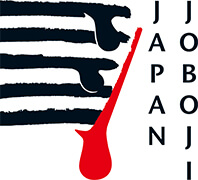 Tokosha (Joewell Scissors) donates a portion of the proceeds to “Urushi Next Non-profit Organization”.

*This image is a sample and different from an actual product.

Q. Does URUSHI come off?

A. URUSHI has high adhesiveness and durability as it is used for tableware and furniture but it may come off when it is hit strongly or scratched repeatedly as regular color coating used for Joewell scissors. Please keep it in a safe place since it comes off when left in an extremely dry state for a long time and it is deteriorated by ultraviolet rays.

Q. Can it get sharpened?

Q. Do I get a rash from URUSHI?

A. In the case of raw URUSHI, the component “urushiol” may cause you a rash. However, URUSHI is in a sufficiently dry state in URUSHI scissors, so it do not cause a rash.

Q. How can we disinfect?

A. URUSHI itself is antibacterial but since it has strong acid and alkali resistance, you can use disinfectants such as ethanol.
Please refrain from using a UV disinfector or storing it in the sun as URUSHI will be deteriorated by UV rays.